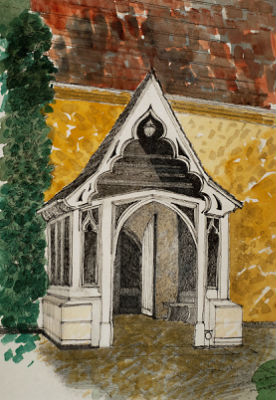 We have a strong community, enabling us to maintain Christ Church as a Christian home for all who need us

Rev Kia Pakenham was instituted as the House for Duty Rector for Abinger and Coldharbour, while also serving the wider Leith Hill Benefice, in April 2022. She joined us having completed her curacy at St John the Baptist, Wonersh and having been trained for ordained Ministry with ‘the wonderful Hilary Swift on the Local Ministry Programme in Guildford’ Before entering the ministry, Kia trained in London as a nurse and finished her nursing career as a Sister at the Royal Surrey Hospital in the Emergency unit. 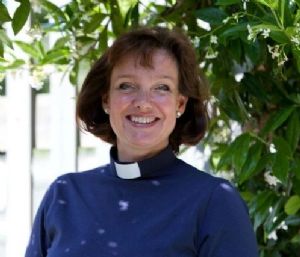 Kia has ‘three fabulous children, Isabella (24), Toby (22) and Lucy (16), three dogs, and a long suffering husband, Guy!’ She 'was born and bought up in Cambridge but has lived in Surrey for over twenty-five years and very much considers this home!'

A  ‘House-for-Duty Rector’ is an arrangement under which the priest lives in the Rectory in exchange for providing ministry, but without receiving a stipend. They are required to work for three days a week, including Sundays. 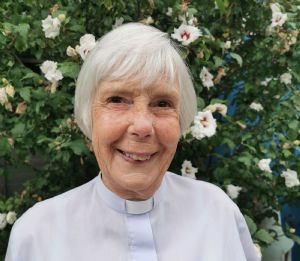 Rev Virginia Smith leads many of our services. She has lived in Westcott almost continuously for over fifty years and first became involved with the Leith Hill Benefice when she and her late husband started to worship at St John’s in Westcott. She was ordained in 2009 ('rather late in life') and was appointed a curate at South Holmwood but would occasionally help out at Wotton and Holmbury. During the Holmbury vacancy, before David Grundy’s appointment as Priest in Charge, she felt called to leave South Holmwood and help out full time at these two parishes.  Since then,  much to my delight (and ours!), she has become  increasingly involved with the parishes of Abinger and Coldharbour 'who have made me so welcome and enabled me to  make many new friends'.  Virginia is also an Honorary Chaplain at St Peter’s Hospital, Chertsey where her principal role is in the Neonatal Unit and Paediatrics. Virginia writes a weekly Homily for publication on this website. 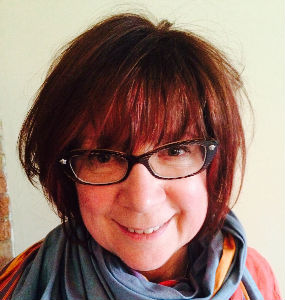 Hilary Swift, the Benefice's Local Lay Minister, leads services and small groups (Bible Study, Confirmation preparation and the like), preaches and assists with the pastoral work of the Benefice.

Hilary has a Higher Diploma in Theology, Ministry and Mission, and works for Compassion UK, a Christian charity.

Led by our two Churchwardens, the Parochial Church Council, PCC, manages the life of Christ Church as a Christian community, as well as caring for the fabric and finances of the Church, its churchyard and the John Venus Hall.

Martin Neve is our Treasurer.

Kerry Day manages many of the processes and events in which the PCC is (often necessarily) involved, including Data Protection.

Helen Potter is our Electoral Roll Officer as well as looking after Gift Aid on donations to our funds.

Helen Simkins is our Safeguarding Officer.

Sally McCance, the Parish (Abinger plus  Coldharbour ) Secretary, is also secretary to our PCC. 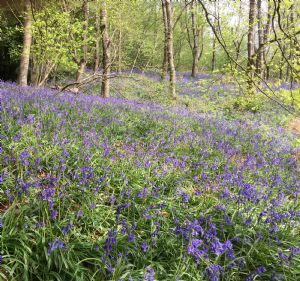 David Hansell plays the organ once used by Ralph Vaughan Williams as well as being our choirmaster.

Debby Chapman, leader of the Village Band,  plays the piano for some of our services, sometimes accompanied by young village musicians.

Jenny Richards is the sacristan - looking after altar vestments.

Graham Mytton oftenprepares the Coldharbour inputs to the Parish News, which we share with St James Abinger and is edited in Abinger by Liz Hamilton and Jenny Parker.

Su Jones manages bookings for the John Venus Hall, as well as its cleaning.